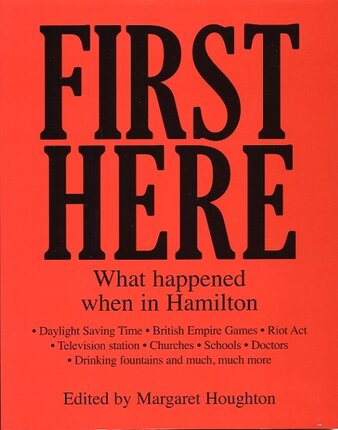 There have been many firsts in the history of Hamilton, some all but forgotten while others are well documented or living on only in our own memories. First Here tells the story of some of the well known as well as some of the all but forgotten first things and events in Hamilton's history.
Retail: $22.95  Online: $13.77
PICK UP - burlington