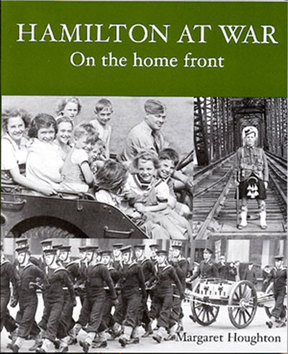 Hamilton at War  by Margaret Houghton

Something amazing happened in Hamilton during the years of the Second World War. That brief period of time from 1939 to 1945 saw the city and its people create something so special that it was unlike anything they had known before.

Never before and never since has Hamilton been so focused on a single goal. They worked together to win the war on the home front and they succeeded beyond their wildest expectations.

Hamilton at War re-lives that exciting time with stories and photographs of the people and places that made the city such a vital example of the best that Canada had to offer.
SOLD OUT!
COVER IMPERFECTION COPIES
LOOK INSIDE...