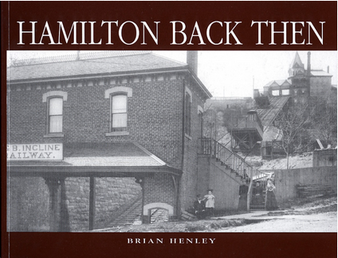 Hamilton Back Then  by Brian Henley

Hamilton Back Then provides a vibrant look at a city of another era, a city proud of its heritage.
SOLD OUT!
YOU MIGHT ALSO LIKE...