Gary has been an avid researcher and historian ever since leaving the Hamilton Spectator in 1994 to launch his own company, North Shore Publishing. He has published more than 50 books for numerous local authors, including many which focus on the area's history. He has written 18 books, including Memories of the Beach Strip.

Margaret was the Local History & Archives archivist at the Hamilton Public Library. A Hamiltonian born and bred, she was employed by the library since 1978. She was a member of the Head-of-the-Lake Historical Society and past president of the Players' Guild. Margaret edited the four volumes of Vanished Hamilton, Hamilton Street Names, The Hamiltonians, First Here, More of First Here, First Here Volume 3 and wrote Hamilton at War: On the home front. Margaret passed away in October, 2018.

Bill is a retired educator and amateur historian who currently sits on the Hamilton Historical Board and the Hamilton Municipal Heritage Committee (LACAC). He is the author of four books on local heritage, Up and Down Locke Street South, Getting Around Hamilton: A History of Transportation in Hamilton, Footsteps in Time: Volume 1 and Footsteps in Time Volume 2. Please contact us for more information on Bill's newest book, Locke Street South Revisited.

Stewart was born in Hamilton, where his dad was playing saxophone with the Jack Faerigan Orchestra at the Royal Connaught Hotel. Stewart played dance-band drums during university days at McMaster, before beginning a reporting career that lasted 42 years at the Hamilton Spectator. Stewart is the author of Brant Inn Memories. 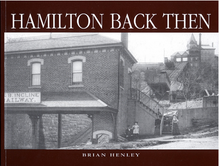 Brian Henley is an expert on history, especially when it comes to the history of Hamilton. That knowledge has come through his work with the  Special Collections Department of the Hamilton Public Library. He is the author of several books on Hamilton including 1846 HAMILTON, Hamilton Our Lives and Times, The Grand Old Buildings of Hamilton and Hamilton Back Then.

Tod has been hunting birds for over half a century. He has hunted ducks across Canada and down the flyway to Louisiana. Though he lives in Burlington, Ontario, his second home is found in Saskatchewan. He served as President of Ducks Unlimited Canada and through that experience met many of the wonderful characters in this book.

* PRAIRIE BIRDS IS NO LONGER AVAILABLE ON OUR WEBSITE - PLEASE CONTACT AUTHOR DIRECTLY
* As our company is going in a different publishing direction, we are not able to take on any new manuscript submissions or new authors. * 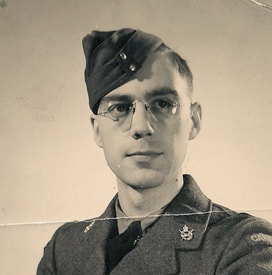